Auckland City Physio is based in 2 locations, Shortland Street and the beautiful Viaduct Harbour.

Our approach is to treat each individual with evidence based techniques and exercise rehabilitation which will give the best chance of recovery. Everyone has their own goals when recovering from injury, and our therapists will help you achieve.

We work closely with top orthopaedic surgeons and sports physicians and can call upon their services in situations where we feel that your condition needs further specialised advice.

Whether your goal is to run a marathon, complete your job pain free or play with your kids in the park, we are committed to helping you succeed and excel. Our dedication to helping our patients is what sets us apart.

We have experience treating a vast range of injuries. 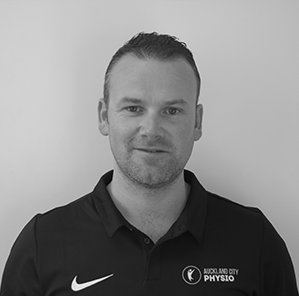 Matt Payne is the Director of Auckland City Physio and a well-known senior physiotherapist. He graduated from the Auckland University of Technology and has a Post Graduate Degree in Sports Medicine. He is also is a qualified acupuncturist.

Matt has a special interest in treating sports injuries and has worked in an extensive list of elite level environments including:

He has been fortunate enough to experience many global sporting events, but a highlight for him was Auckland City Football Clubs 3rd place at the FIFA Club World Cup in Morrocco, 2014

During his time living overseas, Matt worked at the prestigious King Edward VII Hospital in central London, which is renowned for cutting edge surgery and physiotherapy rehabilitation. Matt has a particular interest in treating injuries of the shoulder, hip/groin, knee and ankle. He believes that it is imperative to establish optimal biomechanics and muscle balance through corrective exercise.

Matt's keen interest in sport stems from having played premier level cricket himself, both in New Zealand and England. He is fortunate that his career allows him to indulge his love of overseas travel. 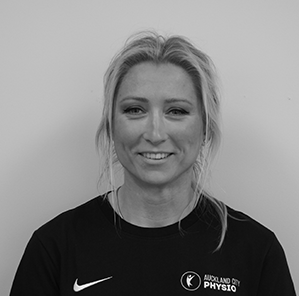 Natalia offers a unique insight into pain and injury management. As an elite level windsurfing athlete,  she has previously qualified for the Olympic games and was a Junior World Champion in her own right.

Natalia truly understands the association with muscle injury and the detrimental effect this can have on sports performance. She has a first hand understanding of how massage prevents injuries, allows for bigger training volume and intensity and helps to maintain healthy well-being.

She has also worked extensively with the corporate population. Muscle pain is a very common problem in the sedentary office worker due to prolonged periods sitting at workstations. Natalia is highly skilled at reducing muscle pain and tension and can help with strategies to self manage pain and prevent its recurrence

Natalia is the Massage Therapist for Auckland City Football Club 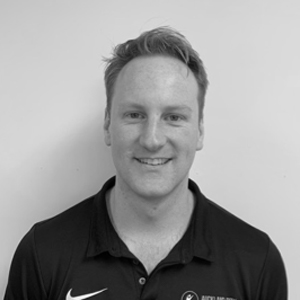 Aaron is a New Zealand trained physiotherapist, graduating with a BHSc (Physiotherapy) from AUT. He enjoys the role he plays in helping clients achieve their goals and improve their quality of life while engaging with people from all walks of life. He has a passion for exercise based-rehabilitation and focuses on function and developing strength. He also uses various manual therapy techniques to assist with your rehabilitation. Aaron is passionate about all aspects of sports physiotherapy and has special interests in shoulder, knee, ankle & overuse injuries; as well as pre and post-operative rehabilitation. Although he has particular interests and experience in football, cricket & baseball, he is interested in learning about the biomechanics and skills required in all sports. Aaron has worked in the National League with Eastern Suburbs AFC and is currently the Head Physiotherapist for Ellerslie United

When he can, he also plays football and stays active in the gym. 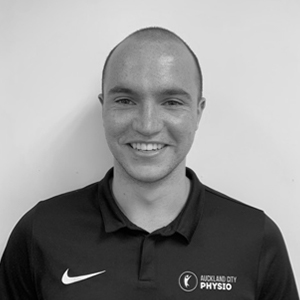 Paddy is an Irish trained physiotherapist who graduated from University College in Dublin, Ireland. His main interest is treating musculoskeletal injuries and sports physiotherapy and since graduating he has worked with a variety of football, rugby and gaelic football teams at all levels. Paddy is a strong believer in combining the use of hands on treatment skills with exercise therapy to achieve the best outcome for his patients. Paddy has also worked as a physiotherapist for the Irish National Rehabilitation Hospital's Annual Spinal Championships for athletes who have suffered spinal cord injuries.

Outside of work, Paddy has a keen interest in sports. He has qualifications as both a kayaking and a sailing instructor. He has moved to New Zealand in order to further his professional development and to explore it's beautiful landscape and experience it's culture 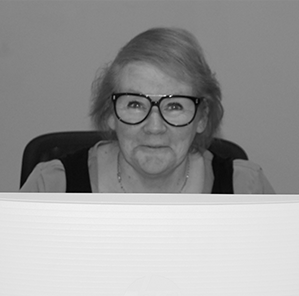 Donna is the friendly face you will initially see upon your arrival at Auckland City Physio. She will guide you through the registration process and answer any questions you may have.

In her spare time, Donna enjoys spending as much time as possible with her young grandchildren and in her beloved garden.